Dream Beam TV softlaunches with House of the Dragon Review 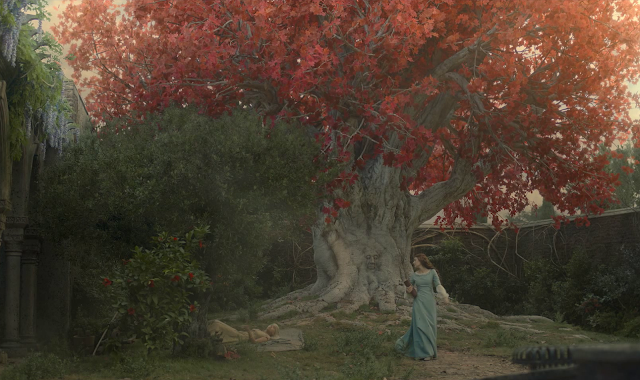 Hey folks. I'm finally trying out this tv/movie review/analysis thing on Youtube. Below you can watch and listen to my quiet thoughts on the premiere episode of the Game of Thrones prequel House of the Dragon. Editing it took longer than I anticipated due to this being my first time making such content and I had to deal with Youtube's Content ID system (obviously media criticism/commentary falls under fair-use). I'm pretty confident that the next review will be up much sooner.

I added some effects to my voice and kept my volume low in an attempt to maintain a pleasing ambience throughout. Some might compare it to ASMR. It could use some tweaking, and I will eventually get a better mic, but I'm liking the general idea. I also made a Patreon for the channel, but I'm not expecting much traffic quite yet. I'm figuring things out as I go along. We'll see where this all ends up. For now,  check out the first episode of Dream Beam TV and stay tuned for my video on episode two of House of the Dragon later this week.

OR My Quiet Musings on the House of the Dragon Premiere

Update: Original video got copyright claimed. I've disputed it as fair use. Until it's made public again, you can download the video here: Dream Beam TV Review HotD S01e01