A Mostly Great Season of House of the Dragon 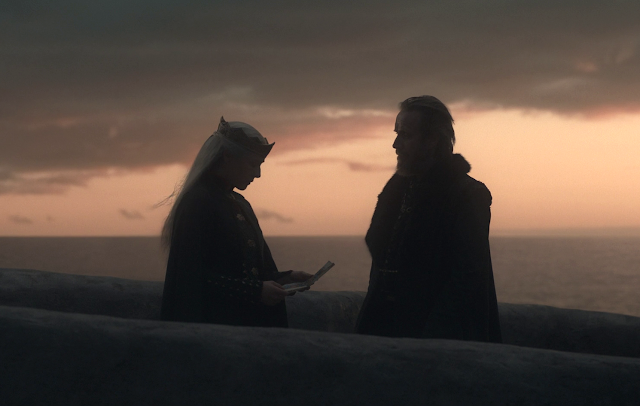 I've had my qualms with House of the Dragon this season, particularly with its neglect of House Velaryon, but overall the series has more than surpassed the low expectations set by Game of Thrones' abysmal final season. The lead cast gave us some memorable performances and, in general, the series itself is among the best written and engaging shows of the year. The finale maybe felt a little too much like table setting, but ended with a worthwhile confrontation that echoes the themes of the show.

Perhaps episode 8 would've been a better endpoint to the season, but then we'd be 2 episodes behind during the long break between seasons. Everyone's guessing 2024 is the earliest we'll see season 2 of a planned 4.

Ethereal Thoughts on the House of the Dragon Season 1 Finale