No More Chosen Ones 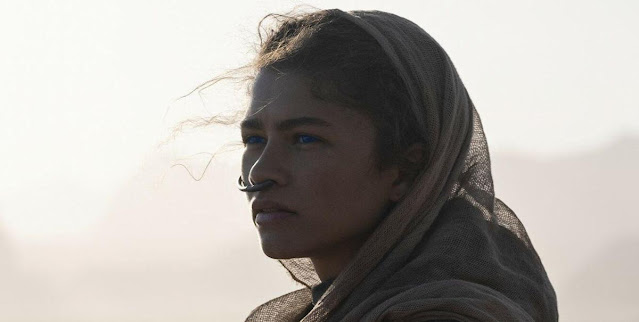 *** some spoilers for the Dune books, The Green Knight, and Benedetta ahead ***

We're all familiar with the chosen one: the singular hero who is destined to save the world/universe. You know, like Jesus or Harry Potter or a Skywalker. It's a convenient template to craft a story from. Yes, has been overplayed for millennia. Stories that attempt to subvert the trope have been made, such as Dune, in which later books in the series reveals the savior to be just another oppressor. We've yet to see if Denis Villeneuve will make this clear in his to-be-continued Dune adaptian.

The Matrix Resurrections didn't quite deliver on the potential established in the original trilogy. Neo is once again the central hero decades later. Other films from 2021, however, have had more bite. In The Green Knight, the hero, Sir Gawain, is shown to be a mixed bag. The film ends without definitive answers, but we do get to see a possible future in which Gawain grows to become a ruthless king, not a divine savior. In Benedetta, the central protagonist is lesbian nun who sees herself as the second coming of Christ. It's a satisfying tale that rips into Catholic patriarchy, yet Benedetta is not exactly righteous. She's often cruel. If she isn't manipulating her sisters to gain power, then she's delusional for thinking she's the "chosen one."

The heroes in these examples do challenge the typical white, male, and hetero archetype. It's nice to see broader representation in the stories we consume. But to truly grow beyond a tired narrative, it's not enough to merely replace the chosen one with the BIPOC or an LGBTQA+ chosen one. We need to start telling stories about the power of solidarity. If we are to wait for geniuses and divine leaders to save us, we are giving up our power as a collective. Let's not ignore that the chosen one narrative has been used to justify the accession of monarchs, dictators, and billionaires. In 2018 Elon Musk thought he could save trapped kids Thailand with his high-tech submarine. As seen in The Rescue, it took a team of pro divers, scientists, and the Thai government and people to pull off the rescue, not some egotistic 'chosen one.' Flash forward to the covid pandemic and much of the praise for the vaccines has gone to the big pharmaceutical companies, even though they were only made possible thanks to government facilities and funding. Neither the market or the chosen rich, will save us. In the real world, the chosen ones are the enemy. It's about time that the stories we celebrate reflect this reality. Or else we're doomed to chase false promises.

There is hope out there. Take a show like Sense8: it follows a cast of 8 from around world who telepathically work together to overcome their struggles. Before The Rise of Skywalker ruined everything, The Last Jedi ended on the inspiring note that the power of the force is in us all and not solely in a select few. Challenging the 'chosen one' narrative doesn't mean a story can't focus on one hero. It simply asks to emphasis that overcoming systemic evil is made possible through a large scale collaboration of peoples, as opposed to the work of one incredible person or many super-powered individuals.