I Walked with a Zombie 🧟 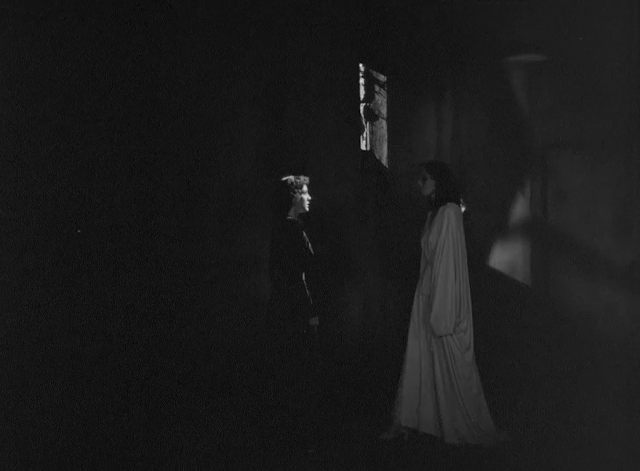 To kick off my 31 days of Halloween I thought back to the films of Jacques Tourner. Having recently seen Cat People, I landed on RKO's 1943 picture I Walked with a Zombie. It follows Betsy Connell, a nurse (played by Frances Dee) who is hired to look after the wife of Paul Holland (Tom Conway), a sugar plantation owner on a Caribbean island. Much has been written on its themes of racism, and so I suspect it'll be in conversation with the final film on my 31 day watch list: 2021's Candyman. I'm curious to see how horror has tackled "the other" within the last 80 years.

I Walked with a Zombie starts the conversation bleakly with Conway's character pointing out the ugliness of nature to Betsy on their boat ride to the island. "There's no beauty here, only death and decay," he says in his usual dry and ominous voice. Paul Holland later points out a statue of Saint Sebastian (pierced with arrows) on his property, once the figurehead of a slave ship. He acknowledges his family's history in slavery, yet as the film continues a viewer might wonder why little of anything has changed since those miserable times. I suppose Holland thinks himself as a good capitalist who at least pays his black servants and workers. The film subtext seems to equate the residents of the island, both black and white, to zombies drudging about under the specter of a painful history and unable to move beyond it. Perhaps the director Jacque Tourner meant to highlight the lasting and continued effects of racism.

Unfortunately, such a message gets lost as the movie focuses on its wealthy white characters and has the black actors (like Theresa Harris) play happy servants or keeps them in the backdrop for its "exotic" mood and setting. The titular zombie Betsy walks with is either the sick wife Jessica Holland or the voodoo guard Carrefour (Darby Jones). Of course they're depicted in opposite and racially charged ways. Jessica is the blonde graceful zombie who wanders the grounds in a white gown. Carrefour, on the other hand, lurks in the shadows and is shot as if he is a monster. By the end, Carrefour and other vodoo spiritualists take part in possessing Paul's brother to end Jessica's suffering... by having him stab her with a St. Sebastian arrow. They then drown in the ocean. Did I mention that the brother and Jessica had an affair and thus cursed to be a zombie by her mother-in-law. Jessica is pronounced wicked and a corrupter of the brother. So she deserved her fate according to the ending's narrator. I guess that's consistent with American 1940s morals, but, damn, that was an awful ending. On the bright side, the film was only about an hour long.

Not even the drama between the Hollands and Betsy did it for me. Apparently, Paul and Betsy fell for each other somewhere along the way, but their chemistry was nonexistent. It was probably some romance mandate from the studio. If you're looking for a better zombie flick with commentary on race, you can't go wrong with Georg Romero's Night of the Living Dead. Though if you're in the mood to see more frightened white people from the '40s, Tourner's own Cat People is a better choice. I might have something to say about that one when I get to reviewing Schrader's remake.

This has been day 1 of 31 days of horror! See this year's list here.