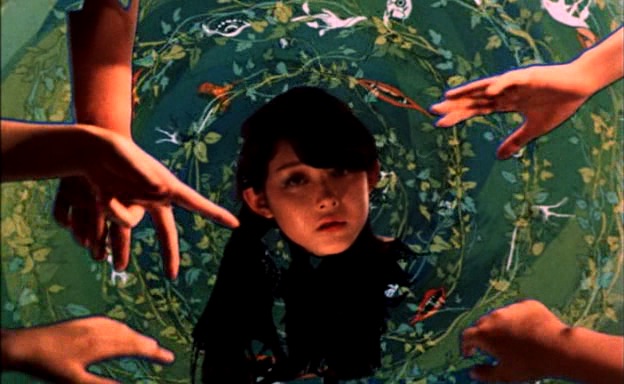 In the west Japanese media has had the reputation of being weird for some time now. But is it really that strange, or is it just different? I have a vague memory of someone belittling Japanese entertainment, because of its perceived weirdness. I get the feeling such a sentiment comes from an ingrained Orientalism or a general otherness people tend to attribute to cultures unlike their own. Of course there's diversity in Japanese art as there is in every culture, but I think the average American associates Japan with "kawaii" and B-movie goofiness. To be taken seriously by the general U.S. man, in particular, these works try to be grittier to be seen as western: see Cowboy Bebop or Dark Souls. Hmm... maybe this all stems from American machismo and the tendency of the hetero male hegemony to label anything cute or campy as inferior. I'm no Japanese culture critique, but I may be on to something....

Anyway, since maybe the '80s Japanese merch and media has fully embraced the kawaii. By the time the 1977 horror comedy House arrived in the U.S. in 2010, there were plenty of western fans (some may refer to them as weebs) to gobble it up. It has since gathered a cult following, likely because it's an amalgamation of everything the dude bros snicker at. It's the kind of movie a stoner might introduce with, "You want to watch a really weird Japanese movie?"

The story follows a group of school girls who visit a haunted house during their summer vacation. Each girl goes by a name that matches their personality. Gorgeous is the "pretty" one. Fantasy is the dreamer. Melody is the musician. Kung Fu is into martial arts. Etc. It's a simple way of prepping the viewer for a fanciful adventure, but it also illustrates a problem. See, Mac is the fat one. She's always eating and is made fun of for it. Fat shaming is bad enough, but the it's worse here, because the actress who plays Mac isn't even overweight. She looks just about the same weight as the rest of the girls. I hate that the movie persuaded me to scan Mac's body to verify its claim only for me to come up confused. So maybe she wasn't as thin as the others. It's as if the male filmmakers wanted young girls watching to scrutinize every ounce of fat on their bodies. In isolation the brief nudity (whether shown in full or as floating body parts) later in the film isn't necessarily disagreeable, but in context with the body shaming, glamorizing the bodies of the "not-fat" girls exemplifies a harmful favoritism.

Besides its body issues, I can't think of anything else to seriously critique. House's style is irrefutably a joy to watch. I mean, it doesn't all have to work. It throws so much variety of well-executed gags, transitions, effects, and techniques at such a quick pace that you're bond to find more than enough good times. One scene has a character slip and get his butt stuck in a bucket, all slapstick-like. Other scenes feature Kung Fu masterfully fighting ghosts as if in a wuxia film. When Gorgeous recounts the story of her Auntie, it's shown as a b & w silent film and her friends comment as if watching it. There's a sequence where Auntie is dancing with a skeleton and then eats a human hand. Shots of the cutest fluffy kitty are shown through out just to make you go, "aww." Every time Gorgeous' glamorous stepmother appears, there's a slow-mo breeze in the air. Then there's a bunch of great low-budget special effect shots I won't spoil. A lot of self-awareness and pretty painted backgrounds are on display; admittedly, it may tire some viewers. But if you're in the mood for that sort of thing, you've got a feast in House.

Even if it's all too much, the central premise of girls surviving and dying in a haunted house is probably enough to entertain must horror fans. I certainly was captivated by the myriad of wacky ways a house can devour its visitors. Plus, the conclusion is ambiguous enough to call for various interpretations and viewings. This is actually my third time seeing House within the last few years. At this rate, it'll be one of the fun movies I add to my rotation early on in the Halloween season. 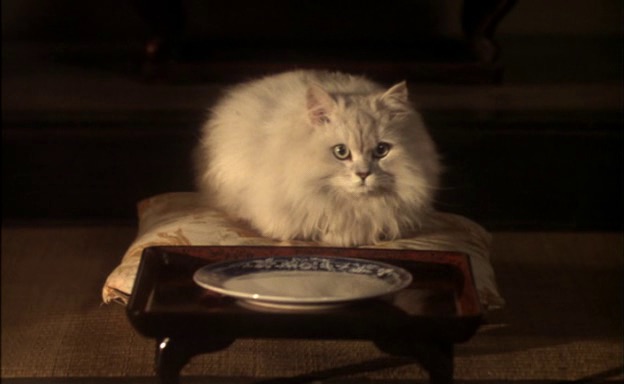