A Tale of Two Sisters 👭🏻 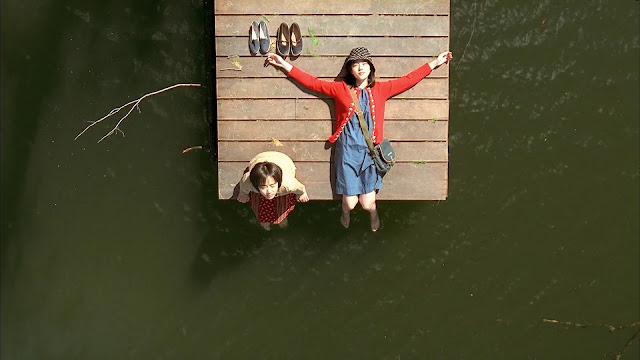 A Tale of Two Sisters (2003) takes its time to build up to anything. And when it does, it's deliberately unclear. Sure, it's effective at placing the viewer inside the shoes of its bewildered characters, but it relies too heavily on its twists to give us a satisfying narrative. The story is a languid puzzle box that when solved left me thinking, "Oh. Was that really worth it?"

It might be worth it for some, but the film's miserable characters never quite engaged me enough. Im Soo-jung and Yum Jung-ah gave strong performances, but the script always kept their motivations in the dark until the very end. At which point, their characters didn't amount to much more than the bratty daughter and bitter stepmother. It's a tragic story that could've benefited with more time in the flashbacks to flesh-out its characters.

Now, the movie does provide some genuinely creepy moments, and it's never predictable. The dinner scene and its following flashback (that 'under the sink' moment) was probably the highlight of the movie, as it felt as awkward and unsettling to watch as it must have felt to live in. Though in the end, A Tale of Two Sisters is too lost in its mix of ghosts and mental illness to offer a worthy tale.